You are in the depths of credit cards, car loans, and student loans. Minimum monthly payments are not doing good magic to help out your debt, and you’re nervous. Something needs to change, and you might be thinking about debt consolidation due to an allure of easy payment and the hope of lower interest rates.

Debts are not cool, and the truth is that sometimes, debt consolidation loans can help you recover from your financial crisis. They allow you to kill the mammoth amounts of debt stressing you. Consolidation enables you to settle your debts smoothly. Get the facts if you want to work with a settlement company.

What Is Debt Consolidation?

The interest rate of the debt consolidation loan is generally set at the creditor’s discretion or lender and depends on your credit score and past payment behavior. Even if you qualify for a low-interest loan, there is no assurance that the rate will remain low. But let’s be honest: your interest rate is not the biggest concern. Your spending patterns are the problem.

Interest rates relate directly to debt consolidation through credit card balance transfers. The attractively low interest rate is usually an initial promotion and relates only for a particular duration of time. The quality is eventually going to go up.

Be on guard for “special” low-interest deals during a holiday. Some companies know that people who don’t stick to the budget holidays tend to spend more and later panic when bills come flying in.

Some other companies will hook you up at a low interest rate, then inflate the interest rate over time, leaving you with more debt!

Does Consolidating Your Bills Mean You’ll Be In Debt Longer?

In almost every case, you’re going to have lower payments because your loan duration is lengthy. Extended terms shall mean vast costs. It would help if you aimed to pay the loan as soon as possible.

Most of the time, after someone’s debt, is consolidated, it crawls back. Why? People don’t aim to spend less and pay cash. They haven’t practiced money habits to build wealth and keep out of the patterns. If the money habits had not changed, they’re remarkably likely to get back into debt.

What Is The Difference Between Debt Settlement And Debt Consolidation? 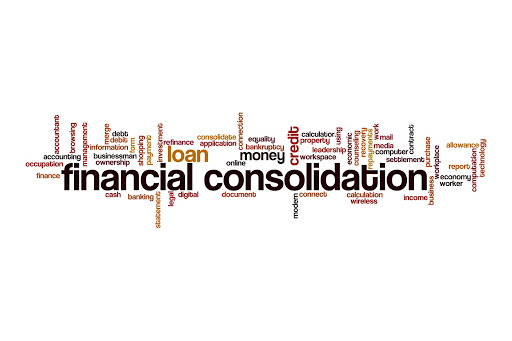 There is a vast difference between debt settlement and consolidation, though they are synonymous. Pay attention here because if you’re not careful, these crafty companies can be dishonest. We’re now through consolidation: it’s a financial arrangement that converts several unsecured debts into a single bill.

Debt settlement is quite different. Debt settlement means that you hire a firm to negotiate with your credit for a lump-sum payment that will cost less than you owe. There are also the charges for “service” offered. Often the fee is anywhere from 10% to 15% of your debt.

Once their fees are paid, they pledge to agree with your lenders and resolve your debts. Sounds great? Well, debt settlement companies generally don’t do anything to help you with your debt after taking your money.

Which Is The Fastest Way to Get Out of Debt?

When you consolidate your debts with a debt consolidation company, you’re only going to treat the symptoms of your money problems and never get to the heart of why you have such obligations first. You don’t have to merge the bills—you have to pay them off.

To do that, you need to alter the way you see the debt! You have the power to work your way out of debt. What you need is the right strategy. The remedy is not a fast fix, nor will it come in the form of a lower interest rate, another loan, or debt settlement.

I agree to receive email from Encompass Recovery Group ( encompassrecoverygroup.com.).

Encompass Recovery Group will not share any information with any 3rd parties Client.